By 1950, at 20, Buffett had made and saved $9,800 (over $96,000 inflation adjusted for the 2014 USD). In April 1952, Buffett discovered that Graham was on the board of GEICO insurance. Taking a train to Washington, D.C. on a Saturday, he knocked on the door of GEICO’s headquarters until a janitor admitted him. There he met Lorimer Davidson, Geico’s Vice President, and the two discussed the insurance business for hours. Davidson would eventually become Buffett’s lifelong friend and a lasting influence, and would later recall that he found Buffett to be an “extraordinary man” after only fifteen minutes. Buffett wanted to work on Wall Street; however, both his father and Ben Graham urged him not to. He offered to work for Graham for free, but Graham refused.

Buffett returned to Omaha and worked as a stockbroker while taking a Dale Carnegie public speaking course. Using what he learned, he felt confident enough to teach an “Investment Principles” night class at the University of Nebraska-Omaha. The average age of his students was more than twice his own. During this time he also purchased a Sinclair Texaco gas station as a side investment. However, this was not successful.

In 1952, Buffett married Susan Thompson at Dundee Presbyterian Church. The next year they had their first child, Susan Alice. In 1954, Buffett accepted a job at Benjamin Graham’s partnership. His starting salary was $12,000 a year (approximately $105,000 inflation adjusted for the 2012 USD). There he worked closely with Walter Schloss. Graham was a tough boss. He was adamant that stocks provide a wide margin of safety after weighing the trade-off between their price and their intrinsic value. The argument made sense to Buffett but he questioned whether the criteria were too stringent and caused the company to miss out on big winners that had other appealing features. That same year the Buffetts had their second child, Howard Graham. In 1956, Benjamin Graham retired and closed his partnership. At this time Buffett’s personal savings were over $174,000 ($1.47 million 2012 USD) and he started Buffett Partnership Ltd.. 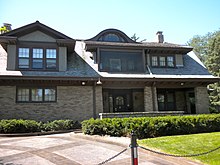 In 1957, Buffett operated three partnerships. He purchased a five-bedroom stucco house in Omaha, where he still lives, for $31,500.  In 1958 the Buffetts’ third child, Peter Andrew, was born. Buffett operated five partnerships that year. In 1959, the company grew to six partnerships and Buffett met future partner Charlie Munger. By 1960, Buffett operated seven partnerships. He asked one of his partners, a doctor, to find ten other doctors willing to invest $10,000 each in his partnership. Eventually eleven agreed, and Buffett pooled their money with a mere $100 original investment of his own. In 1961, Buffett revealed that Sanborn Map Company accounted for 35% of the partnership’s assets. He explained that in 1958 Sanborn stock sold at only $45 per share when the value of the Sanborn investment portfolio was $65 per share. This meant that buyers valued Sanborn stock at “minus $20” per share and were unwilling to pay more than 70 cents on the dollar for an investment portfolio with a map business thrown in for nothing which earned him a spot on Sanborn’s board